Bringing Telnet into the 21st Century on mobile devices

Bring your Telnet Client into the 21st Century

If you are familiar with Moore’s Law you will know that in 1965, Intel co-founder, Gordon Moore observed that the number of transistors per square inch doubled every two years. Today we think of Moore’s law referring to the doubling of human knowledge of technology every 18 months. We certainly see these advancements in the computer hardware, software, and the medical fields.

However, there is a piece of technology that has not changed in 47 years. Do you know what it is?

It’s hard to imagine, but this exists in Telnet – the interface between the host computer and its operational terminals. Today the dumb terminals are all but gone and in their place we find PC’s and mobile computing devices, but the way these operate under Telnet has remained unchanged.

The rugged mobile devices today have color graphics capability and touchscreens, but running Telnet on them does not use either of those features. In fact approximately 65% of applications run on these products are still using old green screen telnet interfaces. When I ask customers why they would continue to operate this way the answer is generally the same, …“because it works” and they are right. When implemented correctly telnet’s accuracy and security is undeniable. So unfortunately, even with today’s most advanced mobile devices, a Telnet interface performs like something built before the average user was born, until now.

My company, RedLine Solutions, sells rugged mobile computers used in many applications including manufacturing, warehousing, and inventory management. We also offer a system that can let companies work with their existing Telnet software on the latest mobile platforms, but upgrades the way that the graphic user interface (GUI) operates, bringing these systems into the 21st Century.

We recently helped a long-term customer implement a new telnet client that allowed them to significantly upgrade the green screen interface, which they had been using for the last 17 years. The change enabled them to not only add intuitive graphics, and touch operation, but also update the operational flow of the screens, which enabled better productivity through a more user-friendly operator experience.

Our customer had recently purchased new Zebra’s TC8000 mobile computers. RedLine Solutions helped them get set up with a Smart Telnet Emulation client by our partner Staylinked Corporation. This system builds upon the speed, accuracy, and reliability of Telnet while leveraging the rugged mobile devices color touch screens. With only three days of on-site assistance, our customer redesigned many of their screens and understood how to use the tools, so they could be self-sufficient. 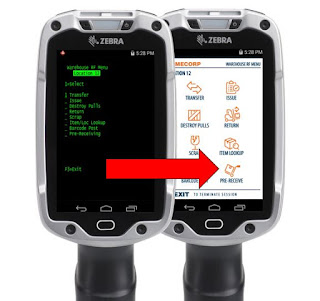 “Staylinked is very easy to learn, and now we can make the changes in-house without any programming,” stated the VP of IT at Louis Raphael. “You can convert your whole system over in a very short amount of time, and we had about 50 screens.” The Louis Raphael team found that the ability to customize the screens also gave them the possibility of controlling the operational flow of the tool, which previously would have required a programming change on the green screen.

“Before we even rolled out the Staylinked solution, we had estimated that the change in the operational flow would save us about 10% based on an increase in productivity, with the auto response and elimination of obsolete processes. However, once we rolled out the Staylinked conversion we found that we actually save 25% in productivity, and the updates have also led to training times being cut in half.”

The promise of a better way to do telnet has been out there for years. With the help of RedLine Solutions and StayLinked, we were able to fulfill that promise to this customer, and we can do the same for you!

We recently ran a webinar with Justin Griffiths the CTO of Staylinked on this topic. Watch this at our website.

© RedLine Solutions Inc. 2017. Unauthorized use and/or duplication of this material without express and written permission from this site’s owner is strictly prohibited. Excerpts and links may be used, provided that full and clear credit is given to RedLine Solutions and there is the inclusion of a link to www.barcodenerd.com. Images in this blog were provided courtesy of Zebra Technologies and Staylinked.
at September 18, 2017

Upgrading to Android Doesn’t Have to Break The Bank 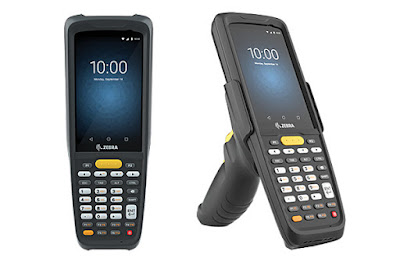